The Lockheed L-1049 Super Constellation is an American aircraft, a member of the Lockheed Constellation aircraft line. The L-1049 was Lockheed's response to the successful Douglas DC-6 airliner, first flying in 1950. The aircraft was also produced for both the United States Navy as the WV / R7V and U.S. Air Force as the C-121 for transport, electronics, and airborne early warning and control aircraft.

Beginning in 1943, Lockheed planned stretched variants of the Constellation family. The first was the L-049 with a fuselage lengthened by 13 feet (4 meters) and the second the L-749 stretched 18 feet (5.5 meters). Douglas launched a stretched version of its DC-6 airliner as a cargo transport, designated DC-6A, for both military and civilian operators. Douglas was soon to launch a passenger version (the DC-6B) of this new aircraft. The DC-6B could carry 23 more passengers than Lockheed's current production L-749 Constellation. 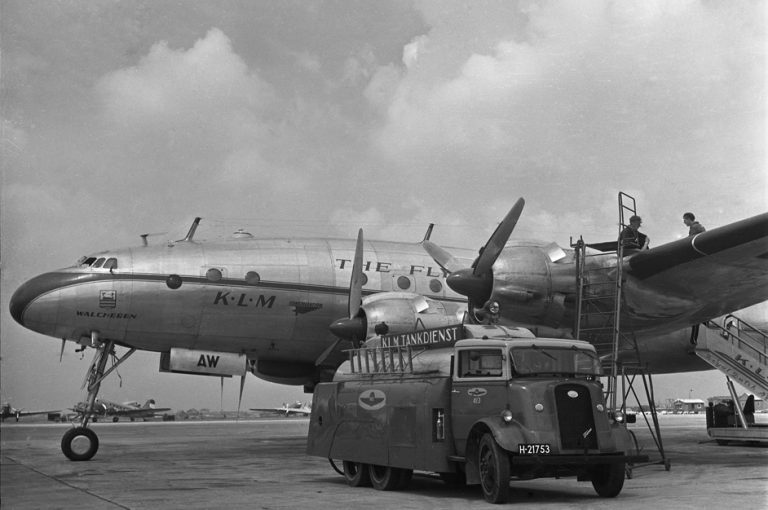 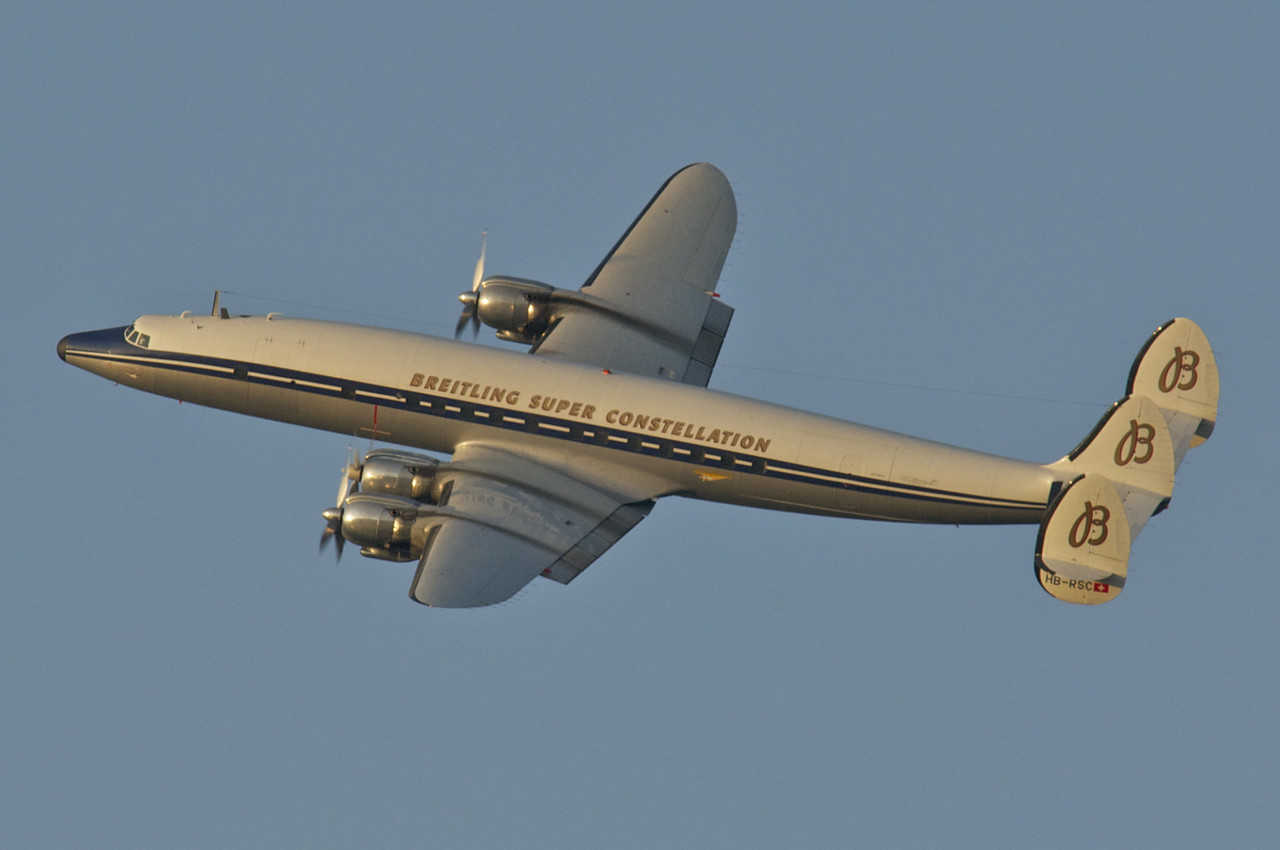