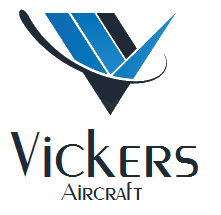 The Vickers VC10 is a mid-sized, narrow-body long-range British jet airliner designed and built by Vickers-Armstrongs (Aircraft) Ltd and first flown at Brooklands, Surrey, in 1962. The airliner was designed to operate on long-distance routes from the shorter runways of the era and commanded excellent hot and high performance for operations from African airports. The performance of the VC10 was such that it achieved the fastest crossing of the Atlantic by a subsonic jet airliner of 5 hours and 1 minute, a record that was held for 41 years, until February 2020 when a British Airways Boeing 747 broke the record at 4 hours 56 minutes due to Storm Ciara. Only the supersonic Concorde was faster. The VC10 is often compared to the larger Soviet Ilyushin Il-62, the two types being the only airliners to use a rear-engined quad layout. The smaller business jet Lockheed JetStar also has this engine arrangement.

The prototype Standard, G-ARTA, rolled out of the Weybridge factory on 15 April 1962. On 29 June, after two months of ground, engine and taxi tests, it was first flown by Vickers' Chief Test Pilot G.R. 'Jock' Bryce, Co-Pilot Brian Trubshaw and Flight Engineer Bill Cairns from Brooklands to Wisley for further testing. By the end of the year, two more aircraft had been flown. Flight tests revealed a serious drag problem, which was addressed via the adoption of Küchemann wingtips and "beaver tail" engine nacelle fairings, as well as a redesigned basal rudder segment for greater control effectiveness; these aerodynamic refinements considerably elongated the testing process. The certification programme included visits to Nairobi, Khartoum, Rome, Kano, Aden, Salisbury and Beirut. A VC10 flew across the Atlantic to Montreal on 8 February 1964. 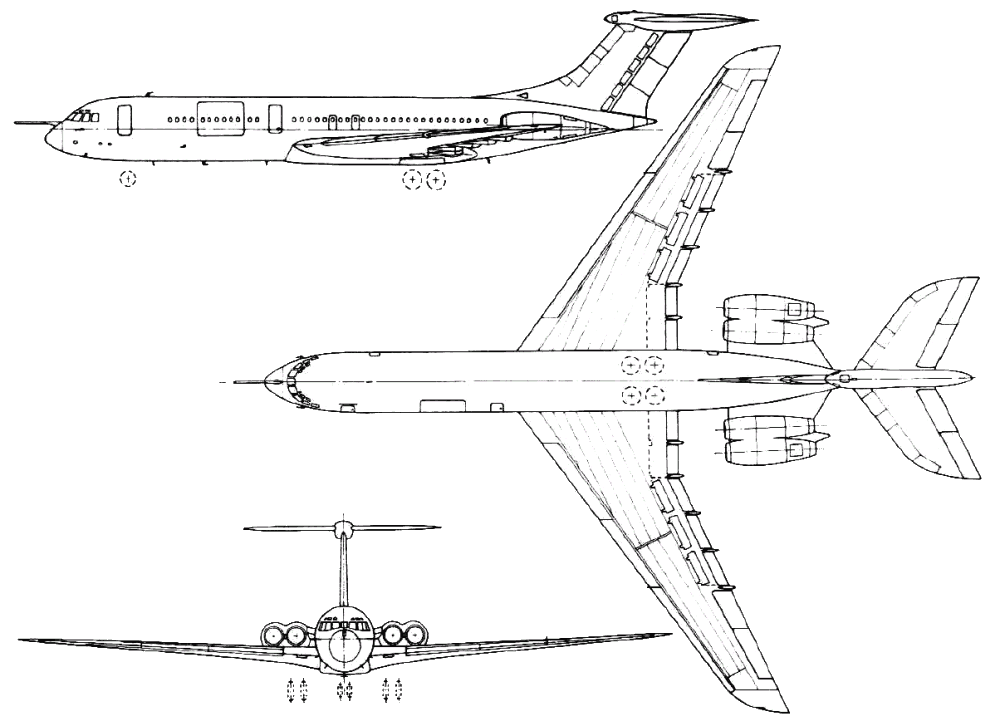 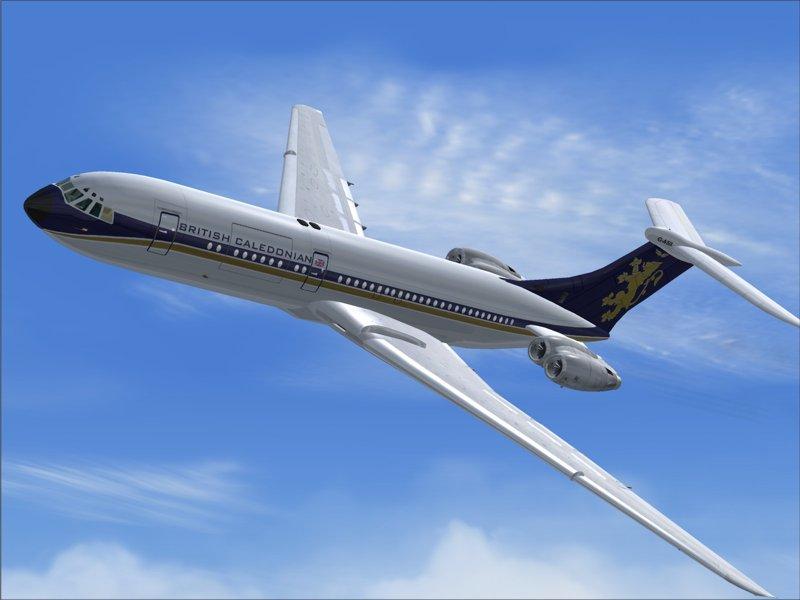 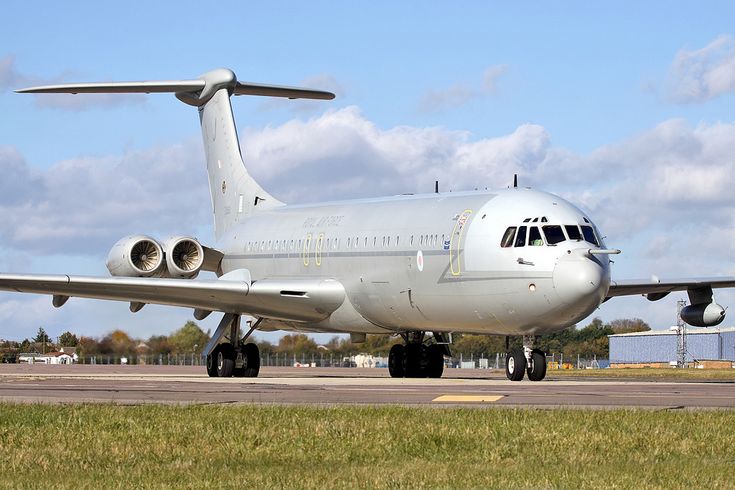