The Lockheed C-5 Galaxy is a large military transport aircraft designed and built by Lockheed, and now maintained and upgraded by its successor, Lockheed Martin. It provides the United States Air Force (USAF) with a heavy intercontinental-range strategic airlift capability, one that can carry outsized and oversized loads, including all air-certifiable cargo. The Galaxy has many similarities to the smaller Lockheed C-141 Starlifter and the later Boeing C-17 Globemaster III. The C-5 is among the largest military aircraft in the world. The C-5 Galaxy's development was complicated, including significant cost overruns, and Lockheed suffered significant financial difficulties. Shortly after entering service, cracks in the wings of many aircraft were discovered and the C-5 fleet was restricted in capability until corrective work was completed. The C-5M Super Galaxy is an upgraded version with new engines and modernized avionics designed to extend its service life to 2040 and beyond.

Development
CX-X and Heavy Logistics System In 1961, several aircraft companies began studying heavy jet transport designs that would replace the Douglas C-133 Cargomaster and complement Lockheed C-141 Starlifters. In addition to higher overall performance, the United States Army wanted a transport aircraft with a larger cargo bay than the C-141, whose interior was too small to carry a variety of their outsized equipment. These studies led to the "CX-4" design concept, but in 1962, the proposed six-engined design was rejected, because it was not viewed as a significant advance over the C-141.[2] By late 1963, the next conceptual design was named CX-X. It was equipped with four engines, instead of six in the earlier CX-4 concept. The CX-X had a gross weight of 550,000 pounds (249,000 kg), a maximum payload of 180,000 lb (81,600 kg), and a speed of Mach 0.75 (500 mph or 805 km/h). The cargo compartment was 17.2 ft (5.24 m) wide by 13.5 feet (4.11 m) high and 100 ft (30.5 m) long with front and rear access doors.[2] USAF studies showed that high-bypass turbofan engines were needed for thrust and fuel efficiency requirements 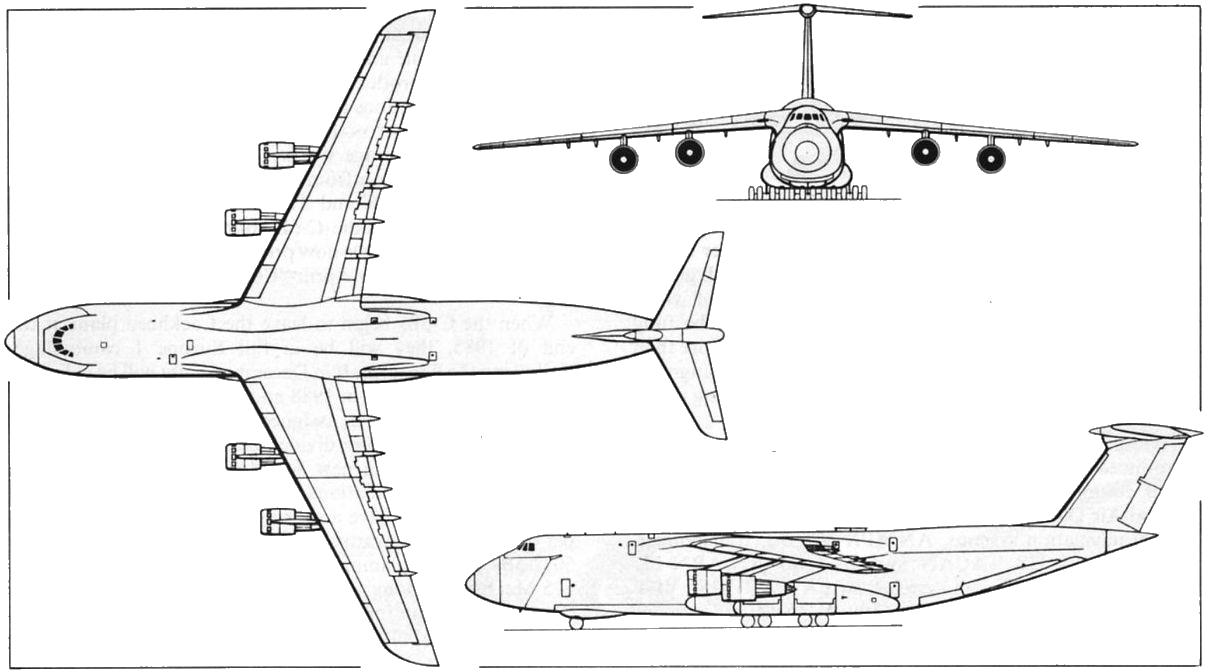 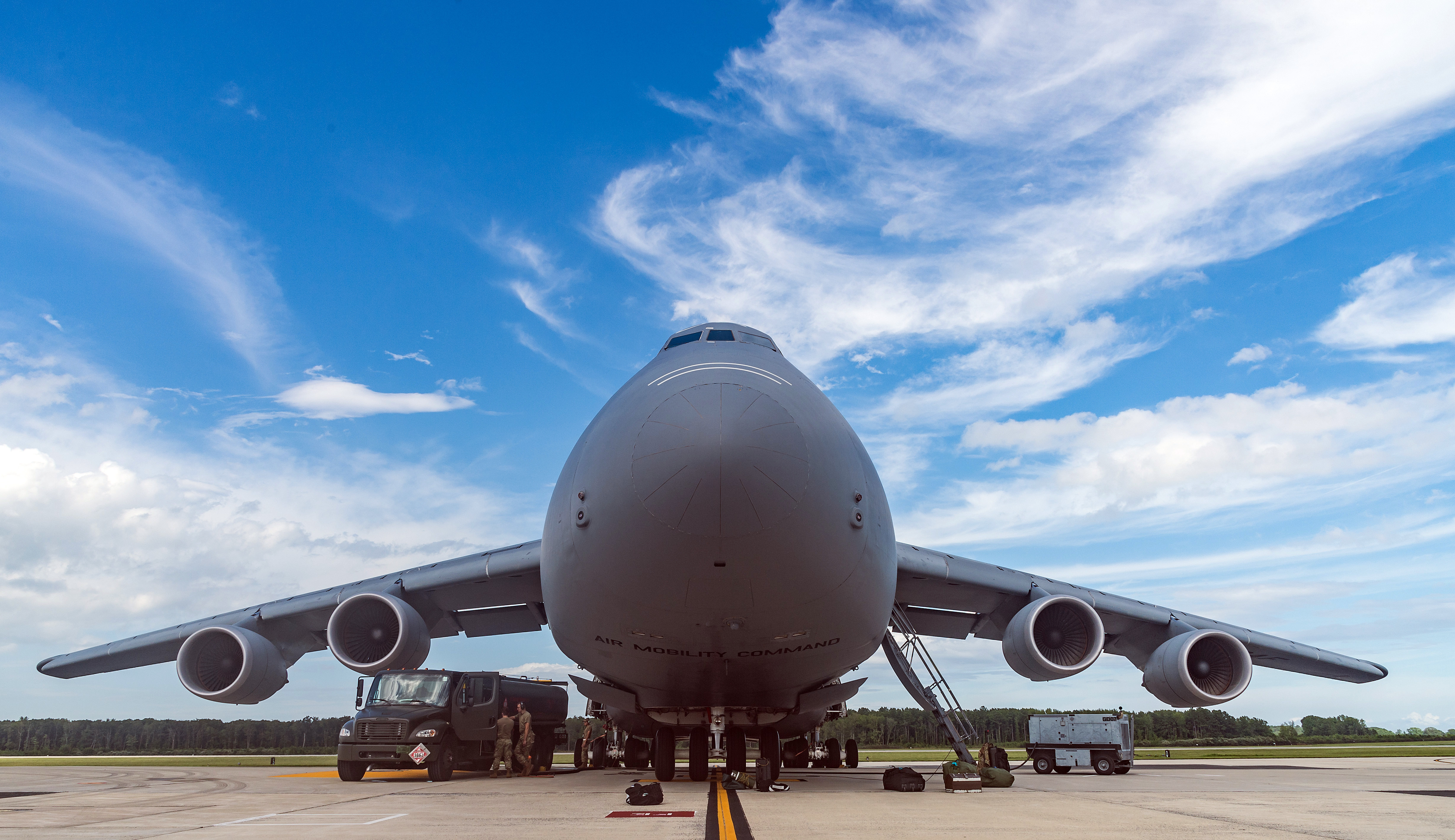 America's first successful turbojet-powered combat aircraft, it was soon outclassed with the appearance of the swept-wing transonic MiG-15 and was quickly replaced in the air superiority role by the transonic F-86 Sabre.