The Boeing B-29 Superfortress is an American four-engined propeller-driven heavy bomber, designed by Boeing and flown primarily by the United States during World War II and the Korean War. Named in allusion to its predecessor, the B-17 Flying Fortress

Manufacturing the B-29 was a complex task that involved four main-assembly factories. There were two Boeing operated plants at Renton, Washington, (Boeing Renton), and one in Wichita, Kansas, (now Spirit AeroSystems), a Bell plant at Marietta, Georgia, near Atlanta ("Bell-Atlanta"), and a Martin plant at Omaha, Nebraska, ("Martin-Omaha" – Offutt Field). Thousands of subcontractors were also involved in the project. The first prototype made its maiden flight from Boeing Field, Seattle, on 21 September 1942. The combined effects of the aircraft's highly advanced design, challenging requirements, immense pressure for production, and hurried development caused setbacks. Unlike the unarmed first prototype, the second was fitted with a Sperry defensive armament system using remote-controlled gun turrets sighted by periscopes and first flew on 30 December 1942, although the flight was terminated due to a serious engine fire 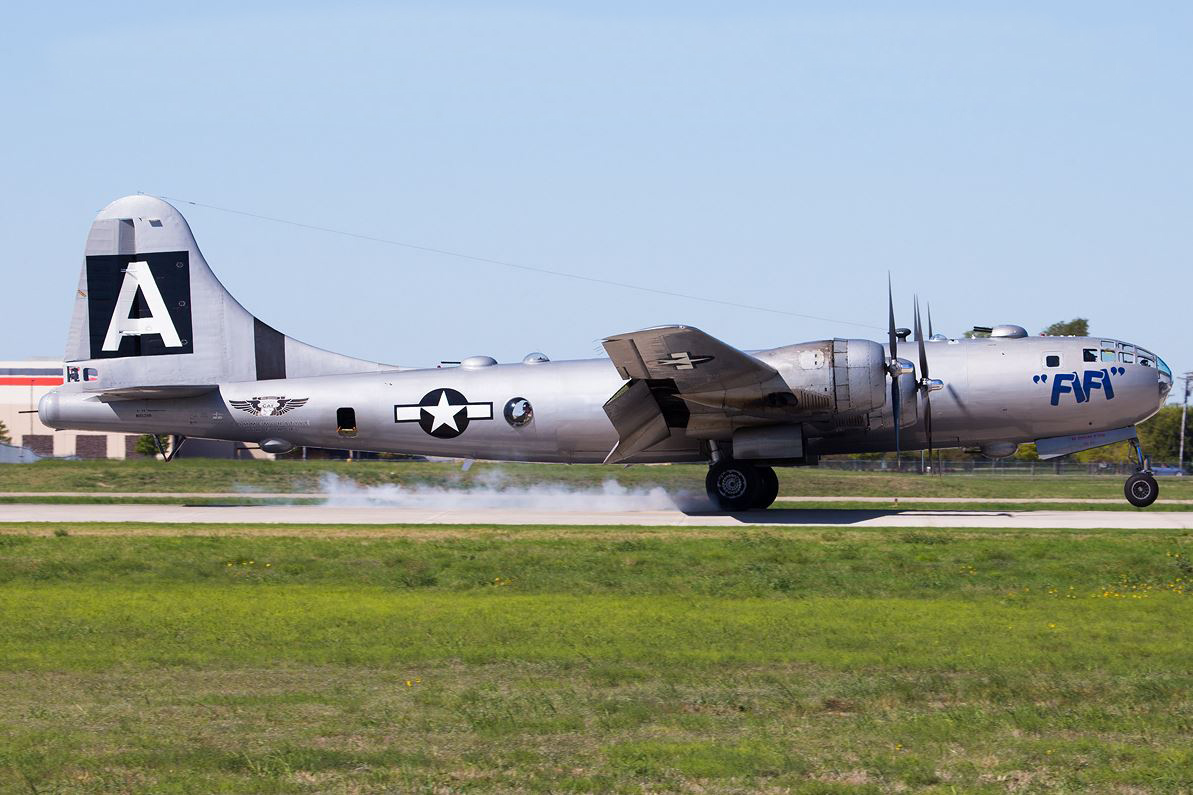