The Douglas DC-4 is an American four-engined (piston), propeller-driven airliner developed by the Douglas Aircraft Company. Military versions of the plane, the C-54 and R5D, served during World War II, in the Berlin Airlift and into the 1960s. From 1945, many civil airlines operated the DC-4 worldwide.

Following proving flights by United Airlines of the DC-4E, it became obvious that the 52-seat airliner was too inefficient and unreliable to operate economically and the partner airlines, American Airlines, Eastern, Pan American, Trans World and United, recommended a lengthy list of changes to the design. Douglas took the new requirements and produced an entirely new, much smaller design, the DC-4A, with a simpler, still unpressurized fuselage, Pratt & Whitney R-2000 Twin Wasp engines, and a single fin and rudder. A tricycle landing gear was retained. With the entry of the United States into World War II, in December 1941, the United States Army Air Forces took over the provisional orders for the airlines and allocated them the designation C-54 Skymaster. The first C-54 flew from Clover Field in Santa Monica, California, on 14 February 1942. 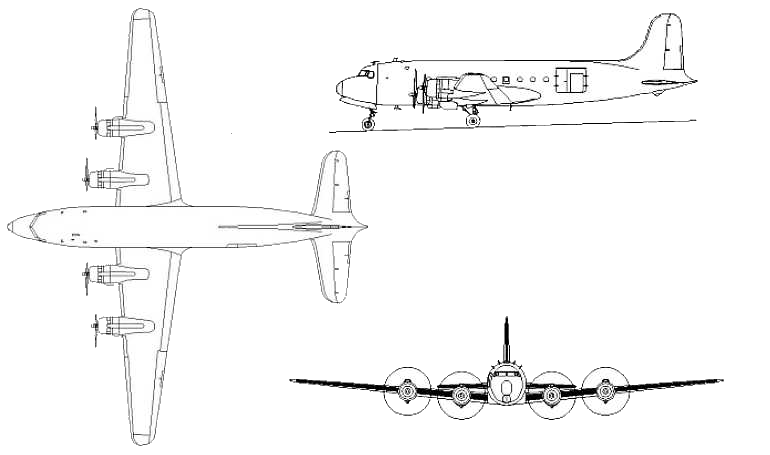 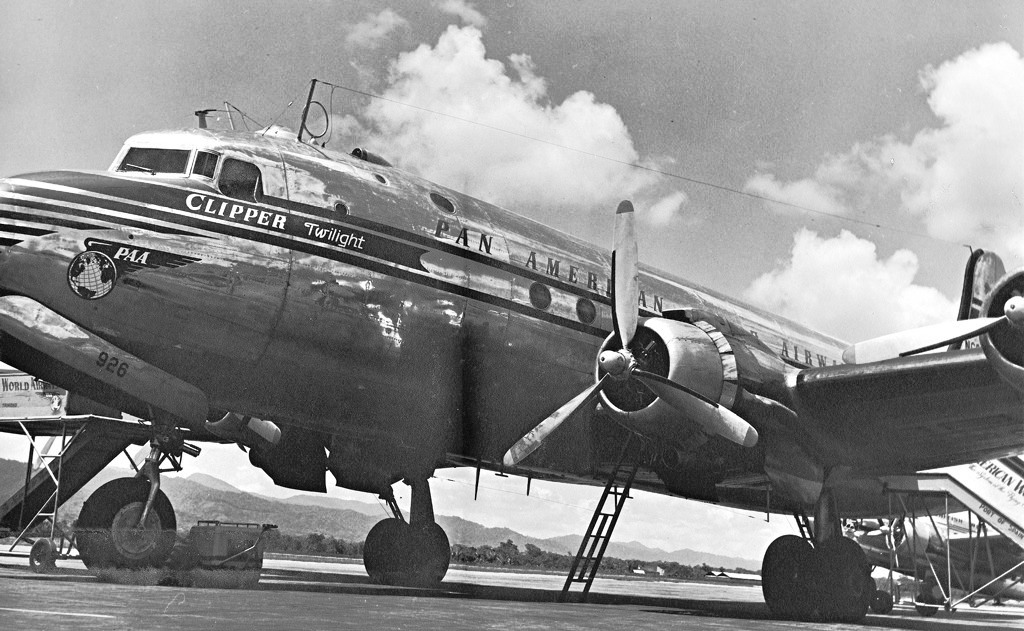 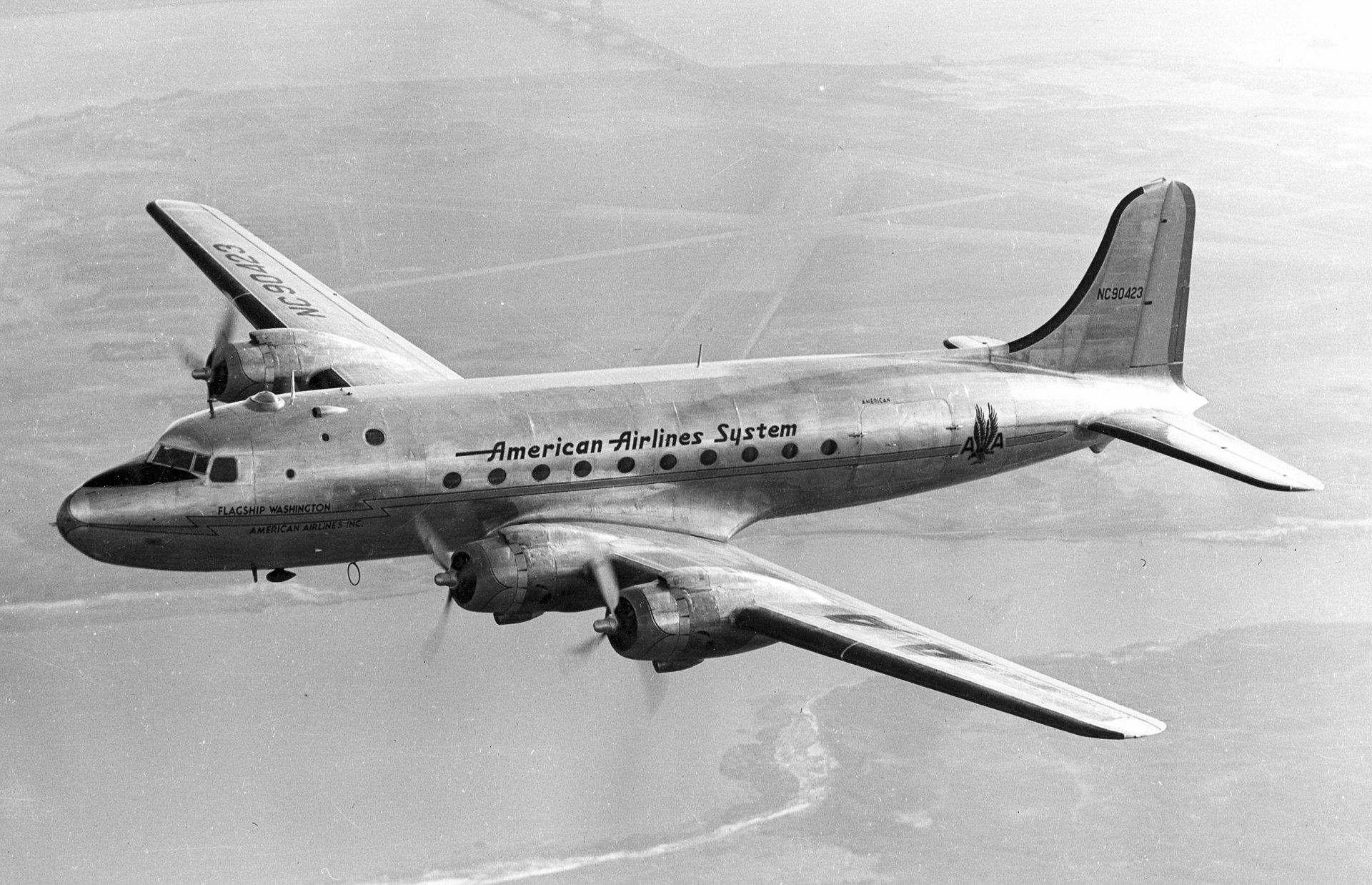