The Cirrus Vision SF50, also known as the Vision Jet, is a single-engine very light jet designed and produced by Cirrus Aircraft of Duluth, Minnesota, United States. After receiving deposits starting in 2006, Cirrus unveiled an aircraft mock-up on 28 June 2007 and a prototype on 26 June 2008. It made its maiden flight on 3 July 2008. Development slowed in 2009 due to lack of funding. In 2011, Cirrus was bought by CAIGA, a Chinese enterprise that funded the project a year later.

Development
The company began initial development on the jet in 2003 at an offsite Duluth, Minnesota location it called the "Moose Works”, a parody on Lockheed Martin's Advanced Development Programs dubbed the "Skunk Works" The jet was announced by Cirrus in June 2006 at the Cirrus Owners and Pilots Association meeting. At the October 2006 NBAA Convention, Cirrus detailed its single jet program to solicit US$100,000 deposits from potential customers, targeting a price below $1 million and a 2010 certification, for a 300 kn (560 km/h) cruise speed around 25,000 ft (7,600 m) with a Williams FJ33 and a whole-airplane parachute recovery system.[10] Cirrus described it as the "slowest, lowest, and cheapest jet available 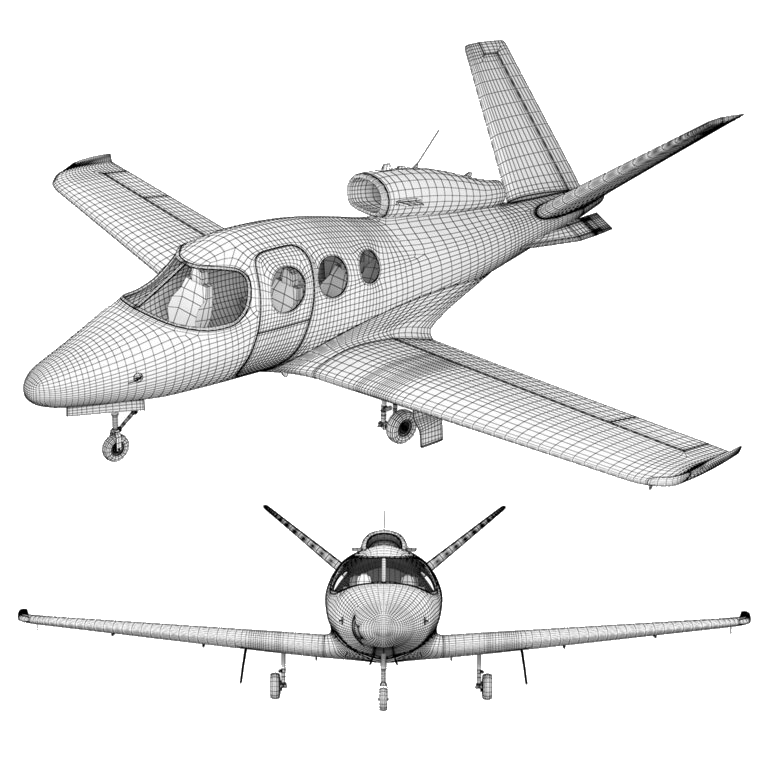 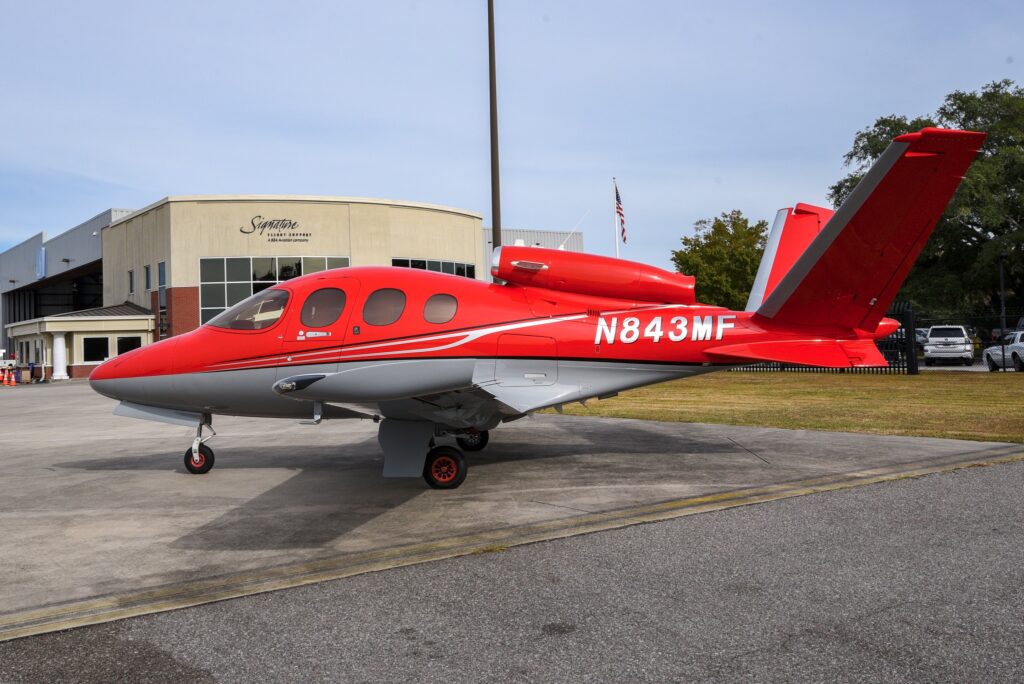